Recently, a research team has used 3D printing to create acoustic holograms to treat diseases in the nervous system. The project has been developed thanks to a collaboration between the Polytechnic University of Valencia (UPV), the Spanish National Research Council (CSIC) and Columbia University in the USA. Thanks to these devices, the blood-brain barrier could be opened in a selective, efficient and targeted manner. This would facilitate the administration of therapeutic drugs to treat this type of nerve pathology.

According to the Pan American Health Organization (PAHO), in 2019 neurological conditions accounted for 533,172 deaths in total or about 32.9 deaths per 100,000 people.  This encompasses diseases such as Alzheimer’s, Parkinson’s, multiple sclerosis and schizophrenia. However, already in 2020 it was possible to see advancements in the treatment of neurodegenerative diseases with 3D printing, thanks to a device created by the company Renishaw. Now, the research team made up of the aforementioned organizations continues to bet on this technology thanks to the multiple advantages it offers in the field of health and the development of medical devices. 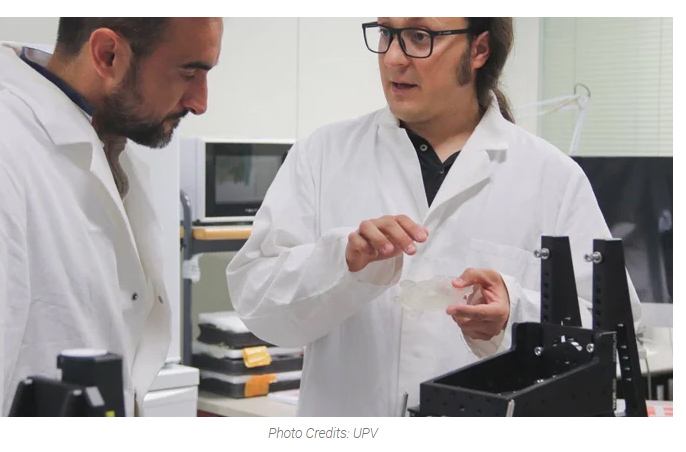 According to project experts, focused ultrasound has great potential in the treatment of neurological diseases. This is due to the ability to generate therapeutic effects in a precise and noninvasive manner. However, it is difficult to apply them to the structures of the nervous system for various reasons. These include the aberration and attenuation effects of the skull bones, and the complex spatial distribution of brain structures. To solve this problem, the researchers resorted to the additive fabrication of 3D acoustic holograms.

Essentially, in the event that a physician needs to do an ultrasound a patient’s amygdala, he could provide a CT and MRI of the user in order to identify and segment the area to be treated. From this information, the hologram is designed to zone the treatment area. To create the customized devices they resorted to 3D printing, highlighting the low cost of the holograms, which would range between 40 and 300 euros, depending on the application. The ultrasound emitter is a kind of loudspeaker that vibrates at 500,000 oscillations per second. The hologram is placed in front of it and is passed through by the wave. Once the epithelial tissue of the blood-brain barrier begins to give way, the drug molecules gain access to the area to begin treatment of the pathology. Indeed, this project marks the first time that the blood-brain barrier has been opened simultaneously in both hemispheres. 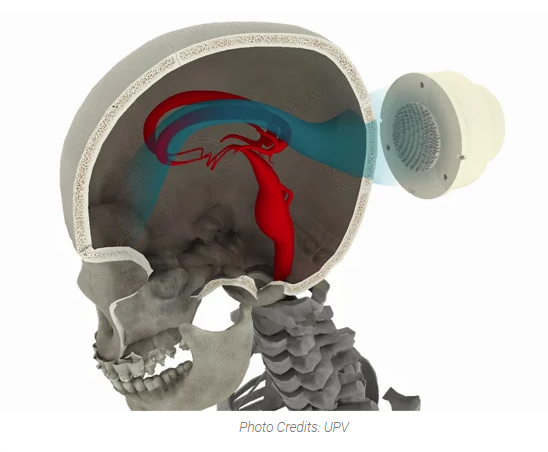 Noé Jiménez, UPV researcher, expanded on their creation, commenting: “Thanks to our holograms, the ultrasonic beam focuses and adapts bilaterally and very precisely on parts of the brain that are of great therapeutic interest, such as, for example, the two nuclei composed of the hippocampus, related to Alzheimer’s disease, and which has a whimsical three-dimensional shape.” Tests on humans have not yet been performed, but this development is really encouraging for people suffering from nervous system diseases. You can find more information in the official publication HERE.