The success of bioprinting could become the key enabler that personalized medicine, tissue engineering, and regenerative medicine need to become a part of medical arsenals. Breakthroughs in bioprinting will enable faster and more efficient patient care and recovery. Biofabrication could be used to reshape the foundations of drug development, medicine, cosmetics, organ transplantation, and many other fields. It will transform the way doctors repair damaged ligaments, recreate tissues, and even reproduce the layers of the skin.

We are entering an era of bioprinting revolution. But to understand the role that bioprinting will play in the future, it is important to look back at how early discoveries in the field provided a strong basis to push its capability forward:

A member of WFIRM team operates with the bioprinter (Image: WFIRM)

Twenty years later, researchers still face challenges as they continue working with bioprinters and bioinks. Even though there has been an increasing adoption of the technology, the extent of its potential has not been fully exploited. From choosing the bioinks to actually bioprinting human tissues and organs, this new field is quickly becoming the go-to technology that bioengineers, researchers, and hospitals need to evolve from lengthy and cumbersome manual work to scalable and replicable results.

Bioprinters work by extruding cells and other biomaterials contained in bioinks, from syringes that deposit the material layer by layer to create different types of tissues or organ-like constructs. The technology behind the bioprinters vary. Nonetheless, to date, the three main and most popular bioprinting technologies are extrusion, inkjet, and laser-based bioprinting. Some mainstream examples are:

A few of the main manufacturers supplying the market include 3D Bioprinting Solutions, Allevi, Aspect Biosystems, Cellink, nScrypt, regenHu, Inventia, Regemat3D, Poietis, and more. Last year, 3DPrint.com counted 111 established bioprinting firms around the world. Mapping the companies that make up this industry is a good starting point to understand the bioprinting ecosystem, determine where most companies have established their headquarters and learn more about potential hubs, like the one in San Francisco.

3D bioprinters use bioinks. Bioinks are substances made of living cells that can be used for 3D printing complex tissue models — they mimic an extracellular matrix environment to support the adhesion, proliferation, and differentiation of living cells. Choosing which bioink to use can be challenging. To date, we have witnessed researchers using bioinks based on several biomaterials, such as alginate, gelatin, collagen, silk, hyaluronic acid, even some synthetic-biomaterials-based-bioinks.

The promise of hydrogels. A macromolecular polymer gel constructed of a network of cross-linked polymer chains, hydrogels are able to meet the stringent requirements of cells and are the basis of almost all bioink formulations. As stated in “Engineering Hydrogels for Biofabrication”, published in Advanced Materials, “hydrogels are particularly attractive for biofabrication as they recapitulate several features of the natural extracellular matrix and allow cell encapsulation in a highly hydrated mechanically supportive three‐dimensional environment.” This makes hydrogel-based bioinks a very promising choice for many researchers and bioengineers.

Bioinks from patients’ cells. The biomaterials can also use a patient’s own cells, adult stem cells, manipulating them to recreate the required tissue. The source of the cells varies depending on what researchers are bioprinting. For example, in the case of Alzheimer’s disease, experts at the University of Victoria in Canada, have bioprinted neural tissues using stem cells as a tool for screening drug targets for the disease. The ability to program patient-specific cells is the beginning of customized bioprinting since the unlimited potential of these cells can be used to regenerate or repair damaged tissue. 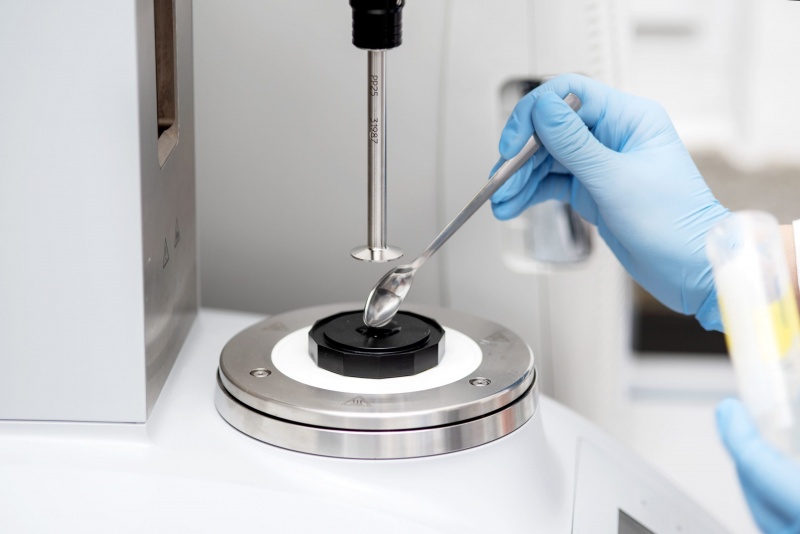 What is Bioprinting Good For?

What is most exciting about bioprinting, are the many ways that doctors and researchers are using currently available devices in the market or are creating their own systems to facilitate new processes and applications. The orchestrated interaction between machine and user has led to innovation that could reinvent the world of tissue engineering.

Moving oncology forward:  Bioprinting is being employed in the battle against cancer, whereby scientists create tumor models for research. Modeling cancer using 2D cell cultures fails to accurately replicate the microenvironment of tumors. This is why scientists have turned to biofabrication tools to make three-dimensional models that mimic the intricate in vivo tumors. These models help test anticancer drugs; aid scientists in understanding the underlying causes of metastasis, and can even personalize treatment for individual cancer patients. There have been plenty of initiatives that apply bioprinting to oncology. These range from immersion bioprinting of human organoids to printing cancer tissues in 3D.

The market for oncology-oriented bioprinting seems sure to grow. The number of patients suffering from the disease continues to go up. In 2018 alone there were 17 million new cases of cancer worldwide, and projections suggest that there will be 27.5 million new cases of cancer each year by 2040. What that effectively means is that we are witnessing an increase in oncology bioengineering research and whether it is for glioblastoma, bone cancer tumors, or lung models with tumors, the implications can be profound since the ability to use bioinks and bioprinters to create tumors frees researchers of the many ethical concerns associated with testing as well as reduces the costs associated with such research activities.

Building scaffolds: Probably the most important practical use for bioprinting at the present time is in regenerative medicine. For instance, in 2019, researchers from North Carolina State University (NCSU) and the University of North Carolina at Chapel Hill created a 3D biomedical fiber printer used to create biocompatible scaffolds. Also, Harvard researchers working in Jennifer Lewis’ Lab at Harvard´s Wyss Institute for Biologically Inspired Engineering and John A. Paulson School of Engineering and Applied Sciences (SEAS), came up with a much talked about breakthrough new technique, the SWIFT method, that allows 3D printing to focus on creating the vessels necessary to support a living tissue construct. A team of researchers at Texas A&M University have even developed a 3D printable hydrogel bioink containing mineral nanoparticles that can deliver protein therapeutics to control cell behavior.

Though we heard it many times before, knowing that someday 3D printed artificial organs could eliminate the need for an organ donor waiting list is comforting. Creating personalized replacement organs sounds like the solve-all solution to the organ shortage crisis, yet, a functional organ compatible for human implantation may be decades away. Today, 3D printed organs are still raw to be used for transplantation and lack the vasculature required to function within the human body.

Creation. Last year, mainstream news outlets headlined a story about researchers who had 3D printed a heart. However, the published scientific paper behind that story described how a group of scientists from Tel Aviv, Israel, created bioink out of heart cells and other materials from a patient, and were able to develop cardiac patches and ultimately, 3D print comprehensive tissue structures that include whole hearts. The tissue was shaped in the form of a tiny heart that was kept alive in a nutrient solution. The paper expresses how this development could not function like a real heart since the cells in the construct can contract, but don’t yet have the ability to pump.

This was certainly not the first heart to be 3D printed, yet Tal Dvir, who led the project at Tel Aviv University’s School of Molecular Cell Biology and Biotechnology, indicated that never before had it resulted in an organ “with cells or with blood vessels.” It was an amazing breakthrough for the field, and it proves that biotechnology has made significant advances, but it is still a long way from creating organs that can be transplanted to people, considering that the vasculature — the network of blood vessels that feeds the organ — remains a challenge, but scientists are determined to troubleshoot these issues.

So, no matter how enticing the idea of successfully bioprinted organs sound, stories like this remind us to keep the hype in check, making the work of news outlets fundamental for reporting advancements in research and medical breakthroughs (which usually take much more time).

Organ bioprinting. The application of 3D bioprinting will be a game-changer in medicine, as the machines successfully replicate tissues and organs, build muscles and cartilage, and enable the adoption of customized medicine. The long-term dream for bioprinting has always been the routine printing of body organs. Current ongoing projects include Michal Wszola’s 3D bioprinted bionic pancreas or Organovo’s 3D bioprinted liver.

The space frontier. Bioprinting in space could hold the key to developing fully functional organs. This is because bioprinting without gravity allows organs to grow without the need for scaffolds. The National Aeronautics and Space Administration (NASA) considers that terrestrial gravitation represents a significant limitation, while a gravity-free environment, magnetic and diamagnetic levitation will allow for biofabrication of 3D tissue constructs with a scaffold-free and even nozzle-free approach. Some bioprinters have already been launched and used in space.  This includes nScrypt and Techshot’s BioFabrication Facility (BFF), or the Organaut 3D bioprinter created by Russian biotech firm 3D Bioprinting Solutions and Roscosmos, the Russian state corporation responsible for space flights.

Healthcare at its best. More prosaically, biomaterials specialist and a professor of biofabrication at Queensland University of Technology, Australia, Mia Woodruff, has been advocating the hospitals of the future for years. She has an exciting vision of a future where the fabrication of patient-specific replacement tissue and organs is safe, cost-effective, and routine. Though perhaps years from happening, her vision is in tune with what many think bioprinting could become, that is, with enough researchers, companies, and funding. 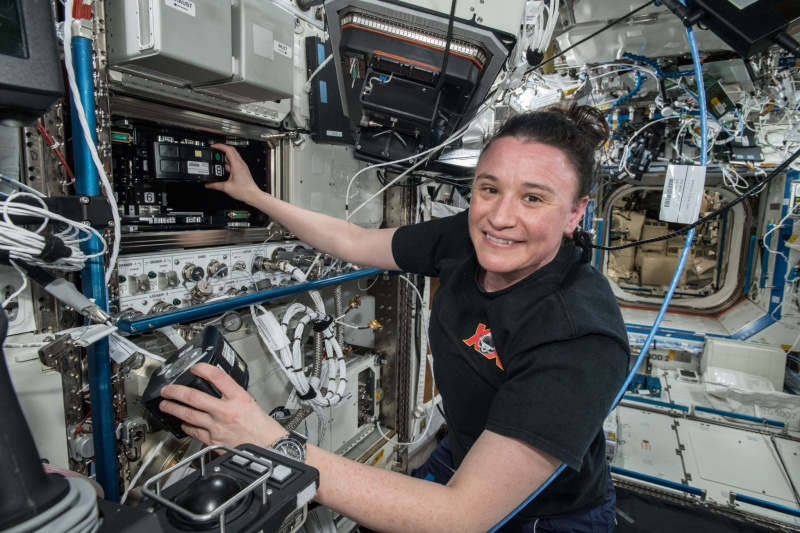 An astronaut aboard the ISS using Techshot’s BioFabrication Facility or BFF (Image: Techshot/NASA)

Coming regulation. Back here on Earth, there will be a growing need for common guidelines for bioprinting to make the process more standardized. In the EU, for example, there currently no particular regulatory regime governing the whole bioprinting process, but piecemeal legislation is relevant in relation to tissue engineering and regenerative medicine. While the Food and Drug Administration (FDA) of the United States plans to review the regulatory issues related to the bioprinting of biological, cellular and tissue-based products in order to determine whether additional guidance is needed beyond the recently released regulatory framework on regenerative medicine medical products.

As the development of the technology strongly advances and proves successful for researchers, we will surely continue to observe brilliant minds perfecting devices and biomaterials, envisioning new systems for future needs, especially as startups emerge out of universities and research institutes, and established companies upgrade their machines to face the limitations we previously addressed in this article.

Still, there is a long way to go, what was largely built so far is a very promising technology. For instance, fully functional organ fabrication for transplantation might take decades. Nonetheless, the unquestionable contribution of bioprinting to so many fields remains an incentive to invest in this area to overcome medical challenges and to move the healthcare industry in a different path, where technology will not only aid in curing diseases but also guiding people by helping them stay healthy, recognizing symptoms early and personalizing solutions in real-time.