Selective laser sintering technology is one of the most widely used processes in additive manufacturing, where plastic particles heated by a heat source, usually a laser, are bonded together. One of the limitations of this technology today is the impossibility of combining several materials in a single print, thus reducing the range of possibilities. However, it seems that researchers at Columbia University have managed to overcome this obstacle by developing an inverted SLS process: instead of having a laser pointing downwards, they have placed it so that it points upwards. They also eliminated the powder bed itself by replacing it with transparent glass plates covered with a layer of the printing material(s). The part is 3D printed from top to bottom and could combine several plastics.

Convinced of the potential of additive manufacturing, a team of mechanical engineering innovation professors investigated selective laser sintering technology. According to them, one of the biggest drawbacks of this process is the fact that it cannot mix different materials, but also that the part cannot be seen during printing, making it impossible to detect an error or anomaly as on a fused deposition machine, for example. One of the researchers, Hod Lipson, says: “How many products are made of just one material? The limitations of printing in only one material has been haunting the industry and blocking its expansion, preventing it from reaching its full potential.” The SLS process deposits a layer of powder that the laser selectively fuses at very precise points. Once it’s finished, the machine deposits another layer of powder, and so on, layer by layer. The problem today is that it’s impossible to deposit a different powder than the first one – you can’t have nylon and then TPU for example. 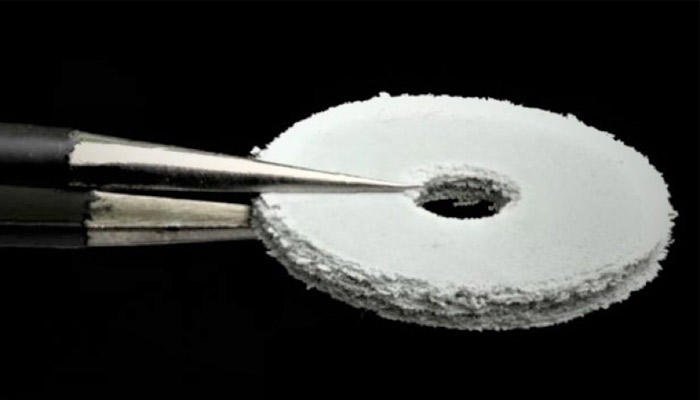 One of the samples 3D printed with TPU (Image credits: Columbia University)

John Whitehead, the lead author of the study, continues: “Moreover, in a standard 3D printer, because each of the successive layers placed down are homogeneous, the unfused material obscures your view of the object being printed, until you remove the finished part at the end of the cycle. This means that a print failure won’t necessarily be found until the print is completed, wasting time and money.” In order to solve these two main obstacles, the researchers therefore reversed the process.

How the inverted SLS process works

Instead of having a classic powder bed, the researchers opted for transparent glass plates on which they put different plastic powders. Underneath these plates, lasers are pointed upwards, instead of downwards like on conventional 3D printers. The printing platform is then lowered onto the surface of the glass plate, onto the powder, and the laser heats the part to be sintered according to the 3D model. Once the laser has finished, the platform rises with the molten material on it. It can then repeat this operation on other plates coated with another plastic powder.

Lipson notes, “This technology has the potential to print embedded circuits, electromechanical components, and even robot components. We think this will expand laser sintering towards a wider variety of industries by enabling the fabrication of complex multi-material parts without assembly. In other words, this could be key to moving the additive manufacturing industry from printing only passive uniform parts, towards printing active integrated systems.” 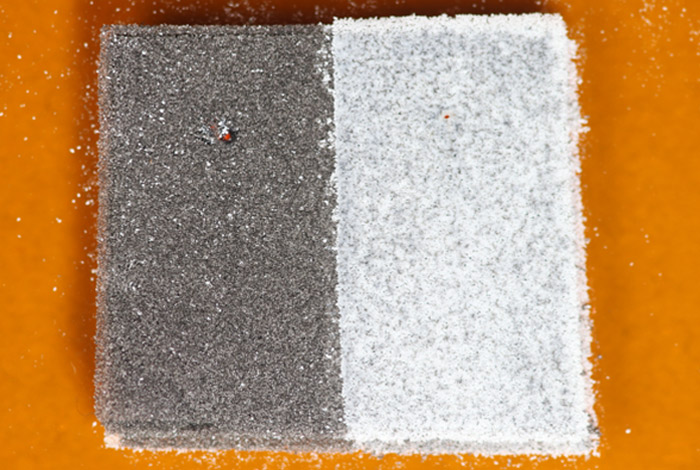 Another sample 3D printed from nylon and TPU

To demonstrate the possibilities of this new inverted SLS process, the team 3D printed the first sample of 50 2.18 mm thick layers from a thermoplastic polyurethane (TPU) powder with an average layer height of 43.6 microns and the second sample of nylon and TPU with an average layer height of 71 microns. They are currently working on the combination of plastic resins and metals to design parts with better mechanical, electrical and chemical properties. For more information, visit the official university website HERE or watch the video below: