Scientists from Stanford University in California recently developed a new, 3D-printed optical concentrator for solar panels. This pyramid-shaped lens device called Axially Graded Index Lens (AGILE) was designed by engineering researcher Nina Vaidya and is able to increase the capacity of power collected by a solar panel. All while reducing its production cost and making the process more practical.

As many people these days are becoming more and more aware of the problematic state of the planet, the demand for eco-friendly energy sources is higher than ever before. Those who are interested in switching to such alternatives are already presented with a variety of different options. Solar energy, for example, is probably one of the best-known eco-friendly new sources of energy that has been around for quite a while now. And although it is, without a doubt, a good option, its technologies still leave a lot of room for improvement and innovation. One new invention that could revolutionize the way solar energy is collected, was recently published in the July issue of Microsystems & Nanoengineering. In the paper, authored by Stanford alumni and researcher Nina Vaidya and her doctoral advisor, professor Olav Solgaard, the scientists introduce a brand-new 3D printed device that is able to collect more energy than any other solar panel before. 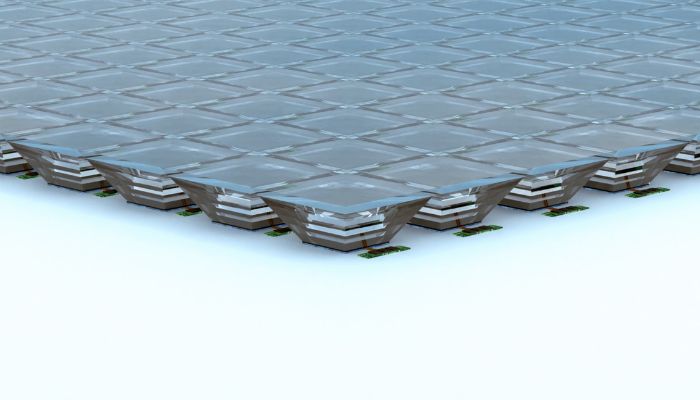 The panels are shaped like inverted pyramids (photo credits: Stanford)

The Way The Device Works

Conventional solar panels only work best under the right circumstances. The sunlight, which, as you know, is this technology’s source of energy, has to be set in the exact direction where the light can hit the panel’s flat surface directly. Because the direction of the light changes during the day, many solar arrays actively rotate towards the sun in order to catch as much light as possible. With the newly introduced device, however, this lengthy and circumstantial procedure may soon be redundant. The new and innovative panel is able to capture and concentrate sunlight coming from any angle due to its special structure, which is shaped like a tipless inverted pyramid. The material, which is a combination of glass and polymers, enables the lens to concentrate the solar power from different angles in one spot, similar to when you burn grass with a magnifying glass.

Nina Vaidya explains, “We wanted to create something that takes in light and concentrates it at the same position, even as the source changes direction. We don’t want to have to keep moving our detector or solar cell or moving the system to face the source. It’s a completely passive system – it doesn’t need energy to track the source or have any moving parts. Without optical focus that moves positions or need for tracking systems, concentrating light becomes much simpler.” 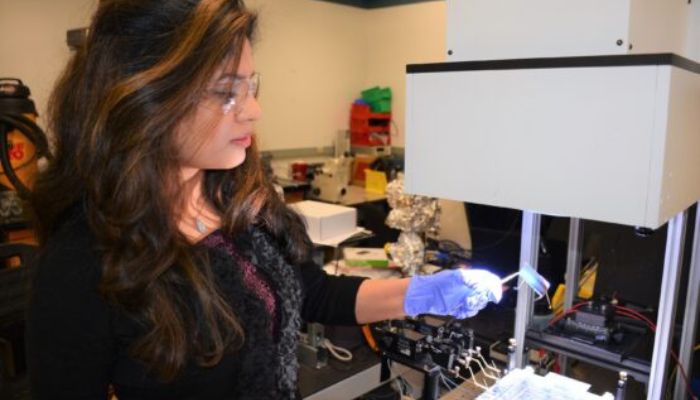 Not much is known about the exact 3D printing technology that is used to create the panels. The way the panels are manufactured, however, is by layering together different glasses and polymers that bend light to different degrees, that ultimately focus the light in one exact spot. After a long phase of trial and error and the production of many different prototypes, Nina Vaidya is now confident that her design will soon be successfully used in the solar industry and other areas. She concludes, “To be able to use these new materials, these new fabrication techniques, and this new AGILE concept to create better solar concentrators has been very rewarding. Abundant and affordable clean energy is a vital part of addressing the urgent climate and sustainability challenges, and we need to catalyze engineering solutions to make that a reality.” You can read more about it on Stanford University’s website HERE.