SQ4D Inc., a subsidiary of New York-based S-Squared 3D Printers (SQ3D), stunned the construction world in January when it 3D printed a 1,900 square foot house in a record 48 hours – gifting the world its largest 3D printed house to date.

Although larger buildings have been 3D printed in various cities – including a nearly 7,000 square foot two-storey Dubai office which is billed as the world’s largest 3D-printed building, SQ4D’s is certainly the biggest 3D printed residential house.

The company took only 48 hours of print time, over an eight day period, to deliver the house using less than $6000 worth of construction materials.

This is quite fast when you compare it to preceding projects such as the 500 square foot 3D printed house in Mexico that took 24 hours to complete.

SQ4D hopes to cut future print time by half in its next projects, thanks to Autonomous Robotic Construction System (ARCS) enhancements executed post construction.

ARCS technology, which was unveiled in 2018, robotically builds foundations, interior walls, and exterior walls, among other structures in a digital driven system that cuts labour requirements to as little as three workers – accounting for up to 41 per cent of the costs.

The technology achieves shorter build times by doing away and consolidating more than 20 manual labour-intensive processes, including siding, framing, and sheathing.

A 3D printed house is said to be mold and fire-resistant and built to withstand severe weather more than structures completed using traditional construction methods. 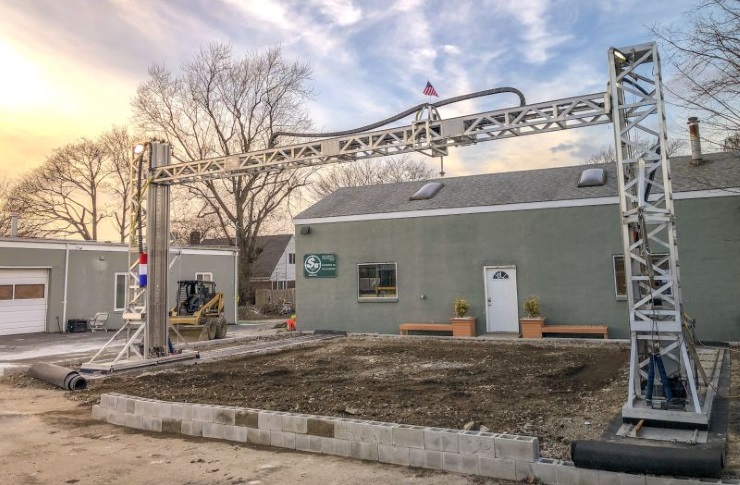 A 3D-printing rig that extrudes concrete to construct homes. PHOTO/S-SQUARED

SQ4D’s ARCS 3D printer is touted as capable of creating homes, commercial buildings, roads, and bridges, in a more efficient manner – outperforming conventional building methods by cutting both construction timelines and costs by up to 70 per cent.

The arena of 3D printing of houses is beginning to expand globally as more companies invest millions of dollars into the development of 3D printing technologies.

Interestingly, Dubai is positioning itself as a hub for 3D printing of buildings in line with its Vision 2025 where at least 25 per cent of all new buildings in the city will be 3D printed.

In December 2019, 3D printing construction company Apis Cor, in partnership with the University of Nantes, 3D-printed a two-story building, standing 9.5 metres tall in Warsan, a locality in Dubai.