Australian scientists have succeeded in using additive manufacturing to produce scaffolds that could replace conventional silicone breast implants in the future. The scaffold is designed to look like a conventional breast implant and is made of the same material used for dissolvable stitches. Although the study is still in an early stage, the Brisbane-based research team hopes that the new technology could one day provide a safer and more natural alternative to conventional silicone implants, and thus, with the help of these new developments, revolutionize the way breast reconstruction and cosmetic surgeries are done.

After successfully conducting tests in animal trials, the new technology has recently been used on the first human patient. If the patient does not show any signs of complications, doctors will extend the test run on 15 to 20 otherwise healthy individuals. Patient Moana Staunton previously struggled with health complications from traditional silicone breast implants. Since the surgery, Ms. Staunton says all of her odd ailments have disappeared and she feels great. “My chest is light and I don’t have vertigo or anything like that anymore,” she said. “Overall, it’s been an excellent, amazing experience for me.”

The Technology Behind the 3D Printed Breast Implants

Thousands of Australians receive silicone breast implants every year, and many women suffer complications or illness after the procedure. Notably, awareness has been rising around Breast Implant Illness (BII), a poorly researched disease that can cause a number of health concerns in women with breast implants. In the future, the additively manufactured scaffold will ensure that women no longer have to suffer complications triggered by silicone implants after breast surgery.

The scaffold is inserted into the breast area by surgeons. It acts as a shaper for the subsequent injection of autologous fat. The mesh keeps the fat in place and also helps the body to form new tissue and collagen, which then prevents the fat from being reabsorbed into the body in the future, which until now has been a common problem with fat grafting. The scaffold itself dissolves completely within two years of insertion. Professor Owen Ung, a Brisbane-based breast and endocrine surgeon at Metro North Health, and director of the Comprehensive Breast Cancer Institute, who has also been working on the project, commented: “I think it will be a real game changer for women who are going to need treatment going forward. And then a real game changer for the surgeons that are delivering that treatment.” 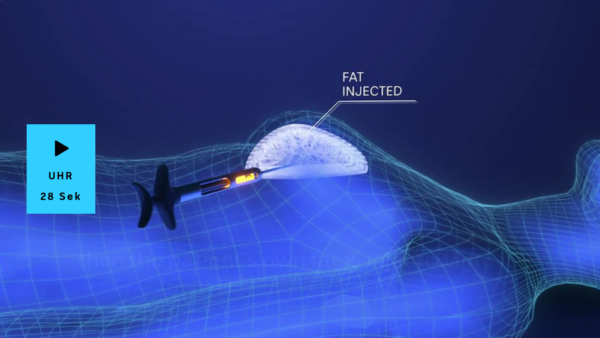 A Remedy for Female Cancer Patients

This first phase of medical trials on humans focuses on people with defective breast implants that need to be removed. Professor Ung says they are either removing or restoring problematic implants and replacing them with the new scaffolds, which is a completely different technology. Subsequent studies, however, will focus on women who need breast surgery because of cancer. The obvious long-term plan, according to Ung, is to help women who have had breast cancer and need a mastectomy, as this is a huge clinical problem. The need for this type of breast surgery is high and there aren’t many other options. Nevertheless, doctors stress that there is still a long way to go before scaffold technology is proven safe and effective. However, this could even reduce the likelihood of implant rejection.

The 3D printed implants, unlike silicone implants, would not need to be replaced, because they are made from the patients’ own body tissue. Plastic surgeon Michael Wagels, a key member of the research team, said “We’re trying to achieve something that is so innately part of the patient that it ultimately disappears, and what’s left is the patient themselves, or their own tissue.” However, the expert also pointed out that fat grafting or placing the scaffold in an area that has undergone radiation therapy is much more difficult and must be carefully considered.

The custom meshes currently have to be manufactured in Germany, as Australia does not have a medical 3D printing facility. Experts do, however, hope that will change soon and there will be a possibility to print medical supplies locally. In the future, this new technology could not only help patients in need of breast implants but could also be used in other areas of medicine, such as hidden neck cancer or jaw defects. It could also help people who have lost tissue in their lower limbs or other body parts as a result of traffic accidents. Michael Wagels concludes, “Anywhere where we do lose tissue and we are looking to try and replace that tissue, then this has enormous potential. I think we are seeing the start of a new paradigm, a new series of procedures and operations which really developed around this technology.”