Remember the Spirula Speaker by studio Akemake? It was one of the very first design products showing that it was possible to actually make nice, functional finished consumer products using 3D printing. It was made using a wooden-polymer composite filament in a filament extrusion process and it still had limits both in form and productivity. Now that company is called Deeptime and it has evolved to embrace a more production-ready sand binder jetting 3D printing process: the result is the stunning Ionic Sound System, which consists of two passive sand 3D printed Spirula satellites and an active Thunderstone subwoofer (also 3D printed). The Thunderstone has optical, AUX, and Bluetooth inputs and contains the electronics that power the sound system.

The irony of all this is that sand binder jetting existed long before wood-polymer composite filaments came to market. What has been lacking is both awareness as to the technology’s possibilities and new ideas on how to use it to make final products rather than industrial molds (which do offer amazing possibilities but, if you don’t work in a foundry, are boring and not nearly as pretty as a high-quality audio system).

Learning us sand binder getting 3D printing technology to make end-use products seems to be taking a painstakingly long time. However, some young studios are finally doing it. Before Deeptime, Sandhelden showed the world how to use sand binder jetting to make beautiful designer furniture. The thing about sand binder jetting is that is could really be affordable enough to produce a large number of design products: however, its level of adoption is still so limited that costs remain very high.

Now, something seems to be changing. And ExOne, one of the two companies offering this technology, seems to be taking some serious steps toward making this process more widely available. The Deeptime audio system is produced by ExOne’s internal AM service facility, which means that Deeptime does not have to buy a machine – at least until the expected future growth in demand for its products demands that they move production internally.

Deep time, from which the studio takes its new name, is the concept futurefutureof geologic time “the kind of timescale where continents dance and mountains rise and fall”. So if you think that 3D printing is taking a long time to evolve into a production-ready technology, think again: the first Akemake speaker was presented in the beginning of the 2010s and less than a decade is not a long time for an epochal transition to take place like the one that will see mass production shift into digital, additive workflows.

It will take more than two studios to do it. But the adoption of sand binder jetting for end-use par production is moving along with the adoption of this technology for metal mass production of parts. And the benefits are becoming increasingly clear.

Research into the Ionic Sound System began in 2014 when Akemake decided to develop a commercial version of their 3D printed timber concepts. After fifty prototypes the company re-branded as Deeptime and relocated from the UK to a new design office and manufacturing facility situated in a Science and Technology Park near Prague. 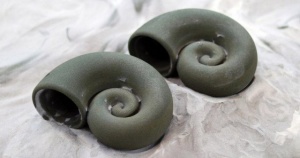 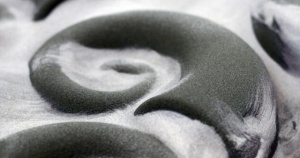 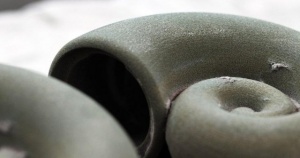 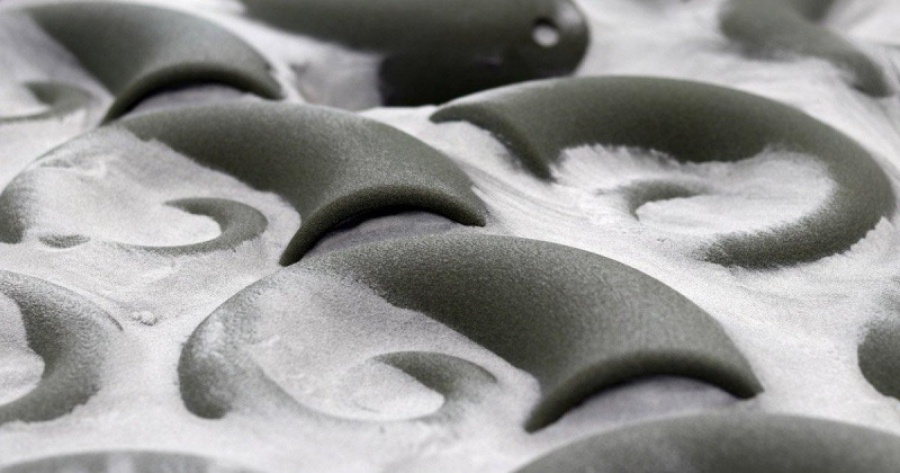 Before launching the world’s first sandstone product, Deeptime refined their production process, enhanced the audio capabilities and fine-tuned every design aspect. It now embraces the materials, the process and the product’s final use creating a unique and fully integrated experience. It begins with the natural forms inspiring the shapes of Spirula speakers, continues through the quartz sand used in a 3D printing process that echoes the sedimentary process of stone-forming from layers and layers of sand.

Just like a paleontologist would excavate artifacts from sand, The new 3D printed artifacts are also excavated from the powder bed and precisely cleaned. They are then repeatedly dipped into a specially developed hardener which infiltrates the porous shells and makes them airtight. After post-processing is complete, the finished speakers are analyzed in an anechoic chamber, driven with a sine wave signal swept through the audible range. The results are visually stunning. At about €3,000 for the full package we trust the sound is not too shabby either. 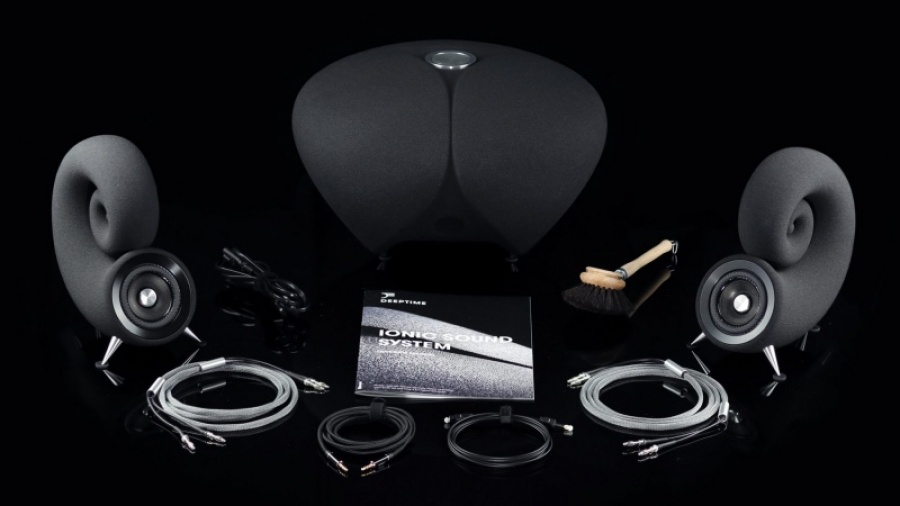