Mini-Cubes is a young American company that designs very small satellites: called PocketQubes, they measure only 5 cm and remain more accessible than traditional satellites. The reason we are telling you about it today is because the company has started using additive manufacturing to develop the satellites called Discovery: 3D printed on an SLS machine, they are made of carbon fiber, which ensures high rigidity and remarkable lightness at the same time. According to Mini-Cubes, this is the first time such a material has been used to 3D print satellites capable of going into space.

For its production purposes Mini-Cubes has opted for 3D printing with composites. The CEO of the company, Joe Latrell, explains: “For me, space is the next big frontier. Instead of seeing it as an impossible challenge, I see it as the source of saving the Earth.” The purpose of the Discovery satellite would be to monitor natural resources on the Earth’s surface. 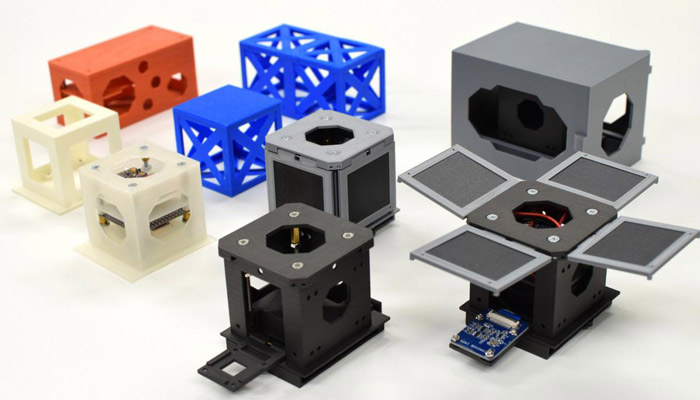 The manufacturing process of Discovery

Therefore, the team at Mini-Cubes wanted to integrate a camera into the satellite in order to enable the surveillance of our planet’s natural resources. It proved to be a relatively complex operation considering the size of the device: the company wanted to create a satellite with an internal volume of only 50 x 50 x 50 mm. So they turned to additive manufacturing, which makes it possible to develop more complex shapes at a lower cost. To  3D print parts of good quality they sought help from CRP USA, a 3D printing service provider. Then, they had to choose the right material that would answer all the requirements needed for space launch. Lightness is an essential point in order to reduce the associated costs as much as possible, but resistance must not be sacrificed. After numerous tests, the two partners opted for Windform XT 2.0, a carbon fibre reinforced polymer.

Joe Latrell adds, “The combination of strength and ease of use made the material a natural choice for us. We knew we wanted to use additive manufacturing for Discovery but understood that it would be hard to find something that would work in the harsh environment of space. We discovered Windform® XT 2.0 and after looking at its properties, it was a simple choice.“

So far, three prototypes have been developed and subjected to several tests such as the load and temperature test. The company claims that the Discovery 3D printed satellites have withstood temperatures ranging from 50°C to -40°C. It plans to send its first device into orbit in the second quarter of 2021. In the meantime, more information can be found on the official Mini-Cubes website HERE. 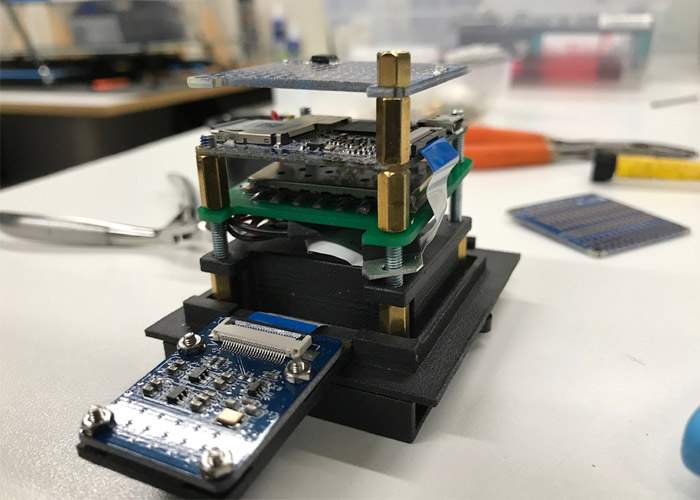 The inside of one of the 3D printed prototypes. (Image credits: Mini-Cubes)