Civil antenna manufacturer Rhosoon Intelligent Technology is 3D printing 5G vehicle-mounted antennas. The devices execute high-performance communication for remote areas with weak network coverage and to support emergency services working under extreme conditions. The Chinese-based company turned to Farsoon‘s laser powder bed fusion system to produce its innovative 5G product, which is smaller and lighter than traditional car antennas and can replace complex equipment in vehicles with better performance. The company has now taken its new antenna design into mass additive manufacturing and will begin commercializing it for car designers and manufacturers.

The global automotive market has seen an increase in the adoption of connectivity technologies to improve navigation systems, safety, and entertainment. One of the latest market research reports by Technavio places remote diagnostics as a critical motivator for increased interest in automotive antennas, particularly in mid-segment cars. Like in numerous other industries, fifth-generation wireless technology, known as 5G, could disrupt the automotive sector. Expected to transform the way we drive, 5G now being hyped to an extraordinary degree. In China, the volume of 5G connected car sales could jump to 7.1 million units in 2025, accounting for 40% of the country’s total connected car units sold.

Nevertheless, despite the industry’s excitement about 5G, Rhosoon considers there is an “untapped potential in the large automotive market.” While luxury vehicles come with intelligent systems supported by antennas, the high cost of the devices has a limited implementation in the larger pool of less high-end automobiles. Moreover, the traditional vehicle-mounted antenna systems are usually equipped with various expensive ultrasonic, infrared, and optical sensors and power generating devices, making them large and very heavy.

The Luneberg lens design is not foreign to Rhosoon. The company invented the first Luneberg lens phased array antenna in the world. The product is considered one of the most outstanding technological achievements in the eastern Chinese city of Hefei – home to Rhosoon – and is expected to help the province develop civil satellite communications. Located in the Hefei National High-Tech Industry Development Zone, Rhosoon is one of more than 33,000 enterprises in high-end industries, like artificial intelligence, quantum information, integrated circuits, biomedicine, new energy, and advanced manufacturing.

With the rapid development of the antennas by leveraging 3D printing technology, the company says it “envisions a more compact communication device,” as small as a notebook, cheaper and ideal for wide-scale adoption of satellite-terrestrial communications in the near future. 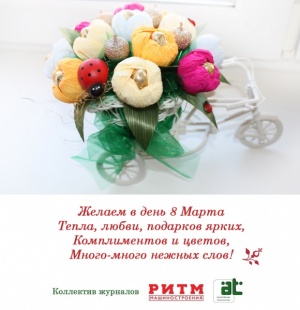