Desktop 3D printers have evolved significantly in the 10+ years they’ve been on the market, but there are many more features they need to include.

I’ve been using desktop 3D printers for over ten years now, and the first devices that met my table were incredibly rudimentary compared to today’s devices. If offered today, particularly at their original prices, they’d be laughed out of the market.

Why so? It’s because over time desktop 3D printer manufacturers (and I’m talking about FFF equipment here) have gradually added features to their products that improve the functionality and performance.

Once one manufacturer introduces a feature, others quickly try to offer something similar — without violating patents, of course. Eventually most systems offer those features and they become a kind of de facto standard that would be expected on any new device.

Thus today we see desktop 3D printers that are expected to have a number of “standard” features, otherwise they can be quickly discounted by buyers. Some of these de facto standard features include:

It’s now difficult to consider buying a desktop 3D printer that does not have these features at a minimum.

But in my experience reviewing multiple desktop 3D printers, I often come across unusual features that seem to be offered only by a few 3D printer manufacturers. Some of them have proven so useful I believe the community would benefit if they were adopted by other manufacturers and possibly become new de facto standard features.

Let’s take a look at seven of these unusual but useful features: 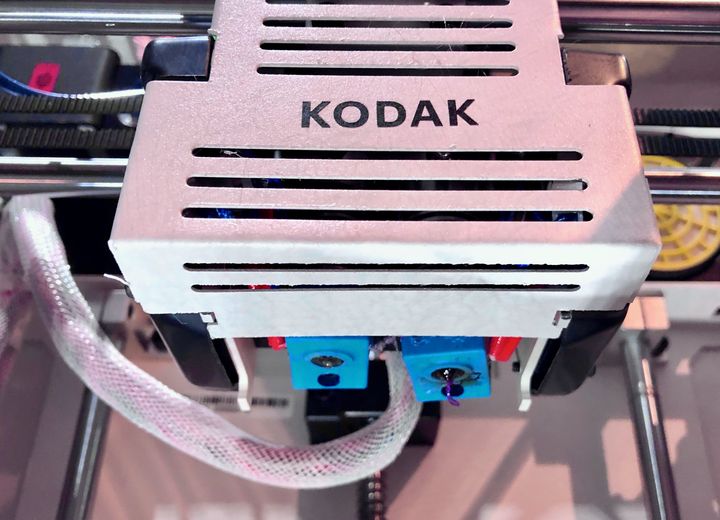 Dual extrusion is the capability to have two active materials during a single print job. The reason it’s so important is that one of those materials could be a soluble support material. This configuration makes it extremely easy to reliably 3D print highly complex parts, something every 3D printer should be doing.

This is a feature that’s gradually becoming more popular particularly with professional systems, and may even become a standard feature in the future. For now it remains exclusive to more expensive desktop systems. 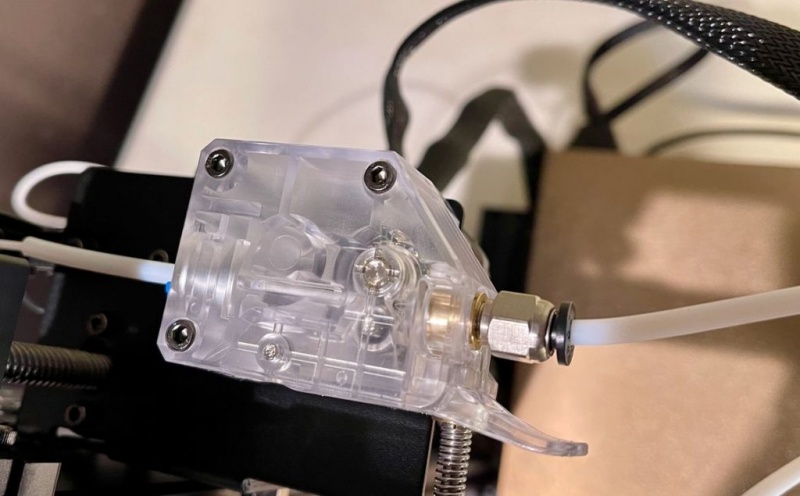 I first saw this approach with the Anycubic Vyper desktop 3D printer. The extruder housing is made from a transparent material that allows the operator to see inside the extruder during operations.

This is valuable because it provides insight into problems when filament jams occur. It’s possible at a glance to see if a filament break has occurred, or whether a filament is stuck, and where it has stuck.

A transparent extruder in theory should be straightforward for almost every 3D printer manufacturer to include: just make the extruder housing from transparent material.

I don’t know about you, but I’m often moving 3D printers around. This may be for transport to a remote location, or merely rearranging them on a shelf.

Either way, a carrying handle would be quite welcome. Due to the different construction of 3D printers I always have to consider exactly how to lift a desktop 3D printer. If I picked it up here, would it bend something? Maybe I should grasp it from the bottom?

All of that confusion would be avoided if 3D printer manufacturers included a simple carrying handle one their machines. Very few do today, but it’s a simple feature that we should see on every device. 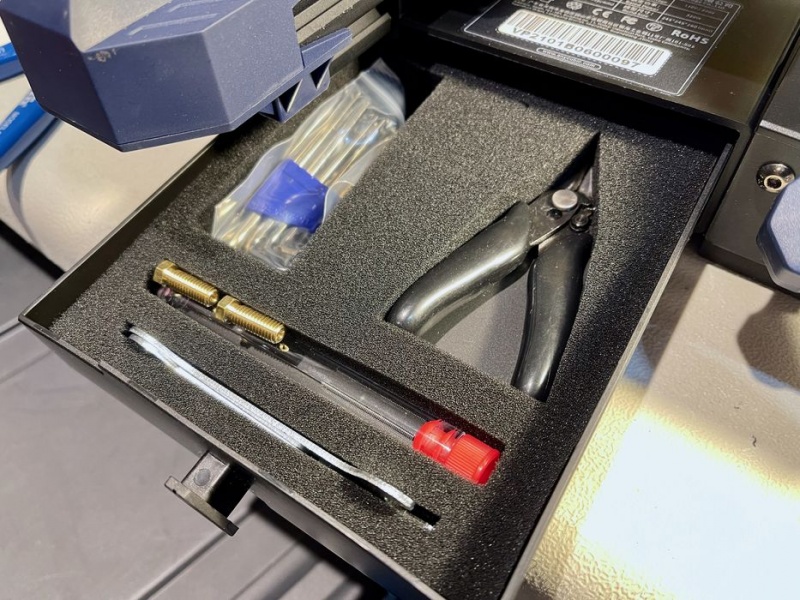 Every desktop 3D printer I’ve seen has a pile of tools beside it. There’s the sidecutters for cutting filament, the lifter for scraping completed prints off the bed, and needle nose pliers for prying support structures off a print.

Why are these tools laying about?

It’s because there is no tool drawer on the machine to place them.

Why don’t 3D printer manufacturers recognize the need for storing tools? They DO recognize that tools are required, because most devices are equipped with a set of tools and some commonly used spare parts. How about a drawer to store them with the machine they’re intended for?

I’ve seen only a few desktop systems with drawers. There should be many more. 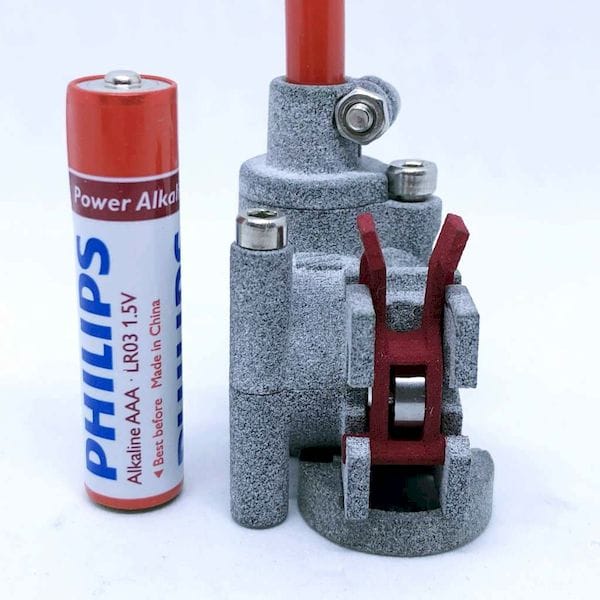 Many 3D printers suffer from print quality issues because the heavy toolhead carries a lot of momentum that must be changed suddenly during abrupt moves. The traditional solution to this has been to use a Bowden extruder, that puts the heavy stepper motor outside, lightening the toolhead significantly. However, Bowden systems typically suffer from an inability to 3D print flexible materials effectively. 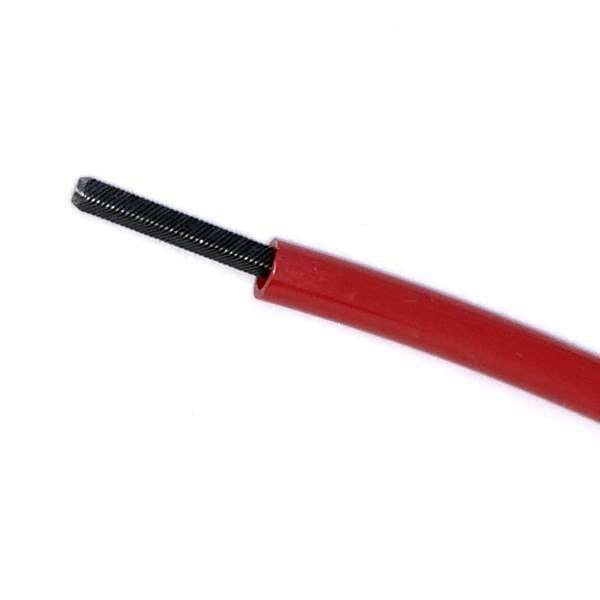 One solution I’ve seen is the Zesty Nimble extruder, which offers both capabilities. It uses an external stepper motor, which rotates a rigid cable. The rotating cable carries energy to the lightweight printhead that can print flexibles as easily as a direct extruder.

It’s a brilliant idea, but one that does not seem to have caught on. Trilab has developed their own version, and we’ve heard news that Zesty has had issues delivering the product. 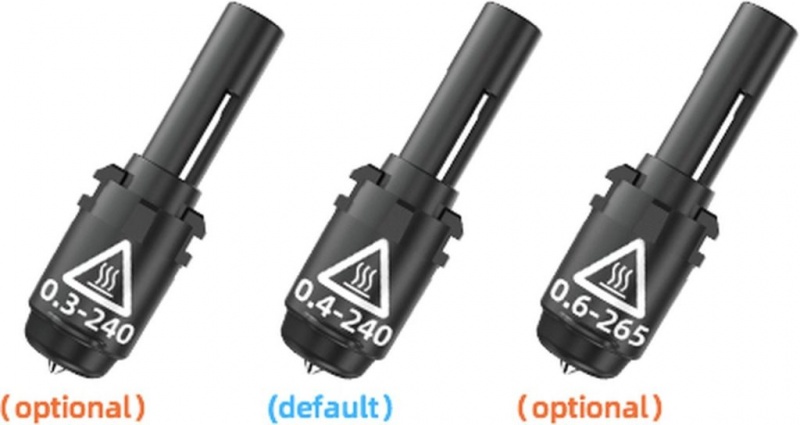 Too many desktop 3D printers are stuck printing the same types of materials, and one reason for this is that it’s a pain to swap nozzles that could enable 3D printing of different materials in different ways.

Abrasive, flexible and other materials require differently engineered nozzles for optimum performance. Printing more finely or coarsely requires nozzles with different diameters. Normally these are swapped in and out with a wrench and high temperatures, something many users are reluctant to do.

Some 3D printer manufacturers are now devising quick-swap nozzle systems that should alleviate the problem. However, it’s not yet widespread, and many of these systems are proprietary, meaning you often can’t just install another nozzle. We need the industry to evolve to a swappable nozzle standard where this will become common. 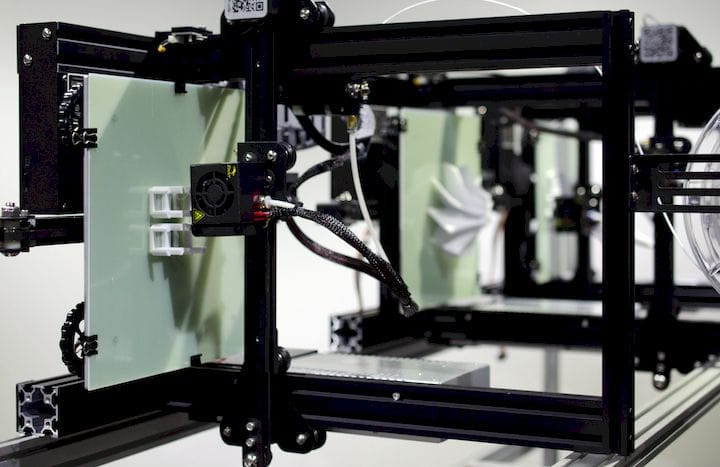 There’s the problem of print adhesion to the bed, and then there’s the inverse problem of releasing the print from the bed after printing. How can you have both adhesion and release in the same system?

That’s the dilemma of 3D print plates. Some overcome this by using flexible plates that can twist to release the print, and others use liquid chemical applications to do this function.

One solution that currently is used only by 3DQue is a print surface that is chemically designed to adhere tightly when hot, but completely non-adhesive when cool. Some liquid mixtures attempt to do this, but they tend to adhere slightly even when cool. Meanwhile, 3DQue’s system allows full automation because the print is so loose after cooling.

There you have the seven features I’d like to see on every desktop 3D printer. Did I miss some?