As additive manufacturing continues to mature and grow, one trend that has become clear is the increased importance of metal AM in a number of sectors. More and more, OEMs are adopting metal AM technologies as a way to create geometrically intricate, lightweight parts, so much so that the industry is expected to be worth $18.5 Billion within the next 10 years. However, that does not mean that there are not still challenges to production with metal additive manufacturing especially when it comes to crucial core parts.

In the white paper, “Metal in Motion: Redefining Critical Parts Production with Velo3D,” one of the leading metal 3D printer manufacturers for industries like aerospace explores how advanced metal additive manufacturing can be used in the creation of crucial core parts. Namely, through case studies on parts such as microturbines, high pressure tanks, heat exchangers, static mixers and turbopumps, they educate on how common manufacturing obstacles can be overcome through metal AM. They also delve into the specific benefits of the Velo3D end-to-end solution with examples from Launcher, Sierra Turbines and others. We took a look to better understand the benefits of using metal 3D printing for core parts. 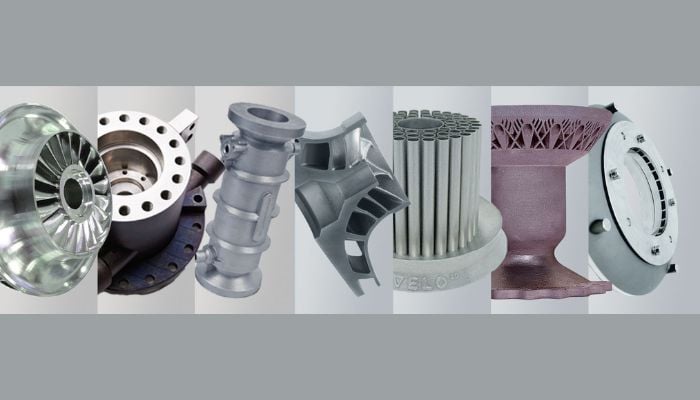 Core parts that were made thanks to Velo3D’s end-to-end metal AM solution (photo credits: Velo3D)

What are the Existing Manufacturing Challenges?

Generally speaking, the challenges in making core parts separate into two different categories: design and manufacturing. In terms of design, this is because the parts need intricate geometries and have very specific requirements. These can be extremely difficult to achieve through conventional methods.

Take, for example, heat exchangers. As their name suggests, these are a broad category of core parts that work to transfer heat from one source, usually a liquid or gas, to another cooler liquid or gas source without the two sources mixing. They are a critical part for engines and other machinery as they allow them to operate efficiently without overheating. Due to this, their design requirements are very exacting.

In the paper, Velo3D explains, “In design, heat exchangers require maximal surface area between the hot and cool side of the part; the walls separating them also need to be as thin as possible to allow for as much heat transfer as possible, all while keeping the sides leak tight. There is also a balance that must be achieved between the roughness of the surface necessary to transfer heat and the resulting pressure drop that occurs with varying texture differences. In the end, engineers are confronted with the challenge of producing exchangers with complex internal channels and thin, high aspect ratio walls.” This of course is not just unique to heat exchangers. Most core parts have design challenges related, but not limited to, precise, internal geometries and working with multiple components. 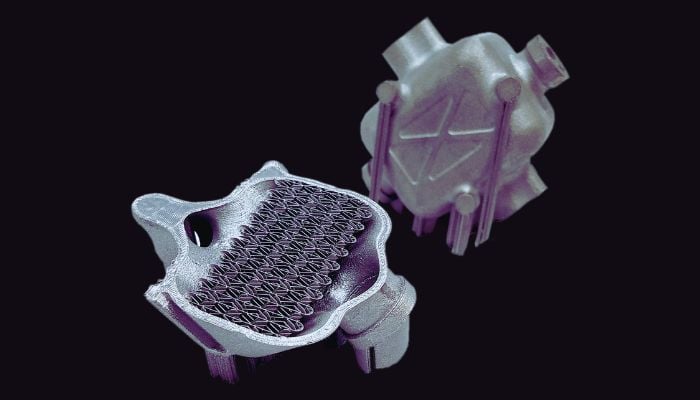 Manufacturing the parts also presents a challenge. For many core parts traditional manufacturing involves numerous distinct components which then must be carefully welded, brazed or bolted together. This understandably not only takes a long time, but could lead to potential leaking joints which, for a safety-critical part, is obviously not possible.

Metal additive manufacturing allows for the part design to be consolidated, eliminating the issue of joints that could later be a weakness. In the case of Sierra Turbines, they were able to consolidate 61 discrete components of their microturbine into one unified geometry with fine details and features that would be unattainable via any other method. This consolidation actually increased power density by 10x as well as made it 40x more efficient. This resulted in a performance of nearly 20x time between overhauls (TBO). 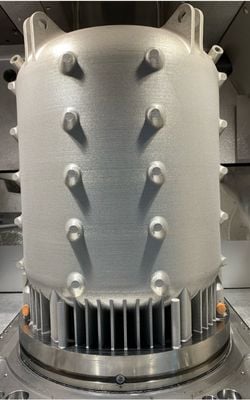 Launcher has been using Velo3D’s solution for the creation of various parts including high-pressure tanks (photo credits: Velo3D)

Launcher turned to Velo3D to overcome the challenges related to traditional manufacturing of high-pressure tanks. These core components are tricky to make as they need to be optimized for size and weight while still remaining strong enough to handle extreme environmental conditions. As with many other components, making them is also difficult because the traditional process is both manual and lengthy, involving numerous parts. Additionally, each weld, mating surface, and connection point needed to bring all the parts together is a potential leak site.

To create the tank, Launcher decided to use Velo3D’s end-to-end advanced metal additive manufacturing solution and Sapphire printers. Though conventional additive manufacturing seemed like a safer alternative to traditional production, this was not necessarily the case since conventional printers require supports while printing. These are difficult to remove, not only increasing production time, but also potentially causing valleys and peaks on the surface of the part, reducing performance during fatigue testing.

Sapphire printers on the other hand are capable of printing below 45-degree angles without any need for supports. Thanks to this, it is possible to create a design for a fuel tank that consolidates all parts, and that includes internal plumbing, bracket fixtures and iso-grids. This consolidation allows for the reduction of weight, important when you consider the need for lightweighting when creating parts for rockets.

Velo3D’s metal AM system, which includes Flow, print preparation software, and Assure, quality assurance and validation software “enables engineers to print the geometries that they need with high-quality surface finishes. Internal channels and flow paths for fluids as well as large cavities like those found in pressure vessels can all be printed in a single monocoque design. And with ~1,000 sensors generating a TB of data per build, each laser event in every part is tracked and verified for quality.” This combination of design complexity and quality control allows for the creation of a high-pressure tank like that for Launcher in the matter of days rather than months.

In any case, it is clear that metal additive manufacturing has come far in the past few years and now more than ever it is becoming a crucial tool in the creation of safety critical parts. Certainly when it comes to core parts like micro-turbines and heat exchangers, solutions like Velo3D’s are hoping to revolutionize the sector. If you are interested in learning more, you can download Velo3D’s paper for free HERE. 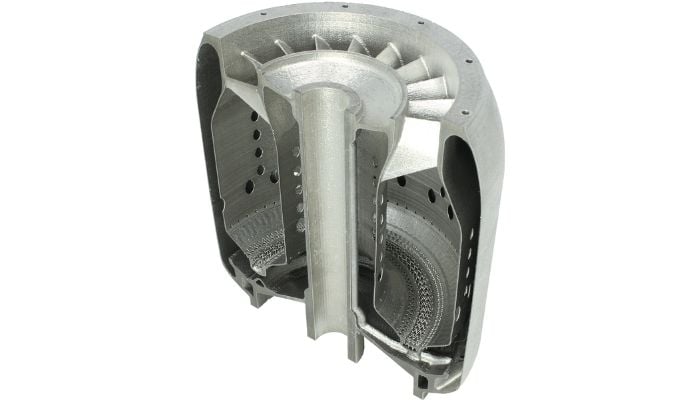 Sierra Turbines turned to metal AM for the creation of their microturbines (photo credits: Velo3D)